MAC exists to defend the rights of Coloradans to make medical decisions around all medical interventions including, but not limited to, injections. We defend the right to make these decisions without coercion, tracking, re-education, or retaliation from the government. We come from many positions. We are staunch supporters of informed consent and consumer protection. Amidst our community you will find diversity, respect, care, and unity.  We are medical professionals, stay-at-home parents, and all professions in between. You’ll find democrats, republicans, independents, atheists, religious, and people with political and social views that cover the spectrum.  But most of all, we are unified in our vision. We are comprised of partial vaxxers, non-vaxxers ex-vaxxers, parents of vaccine injured, and parents of medically fragile children who may or may not qualify for medical exemptions, anti-vaxxers, even pro-vaxxers. In our diversity we are united against government force regarding vaccines, we believe that everyone has the right and obligation to make their own best medical decisions for themselves and their families. One of our key ethos is that we believe the best about people. We help you connect with each other, in order to encourage, empower, and equip one another. We are anti-force and anti-government propaganda. We are truth seekers who believe in real science and respectful discussion. 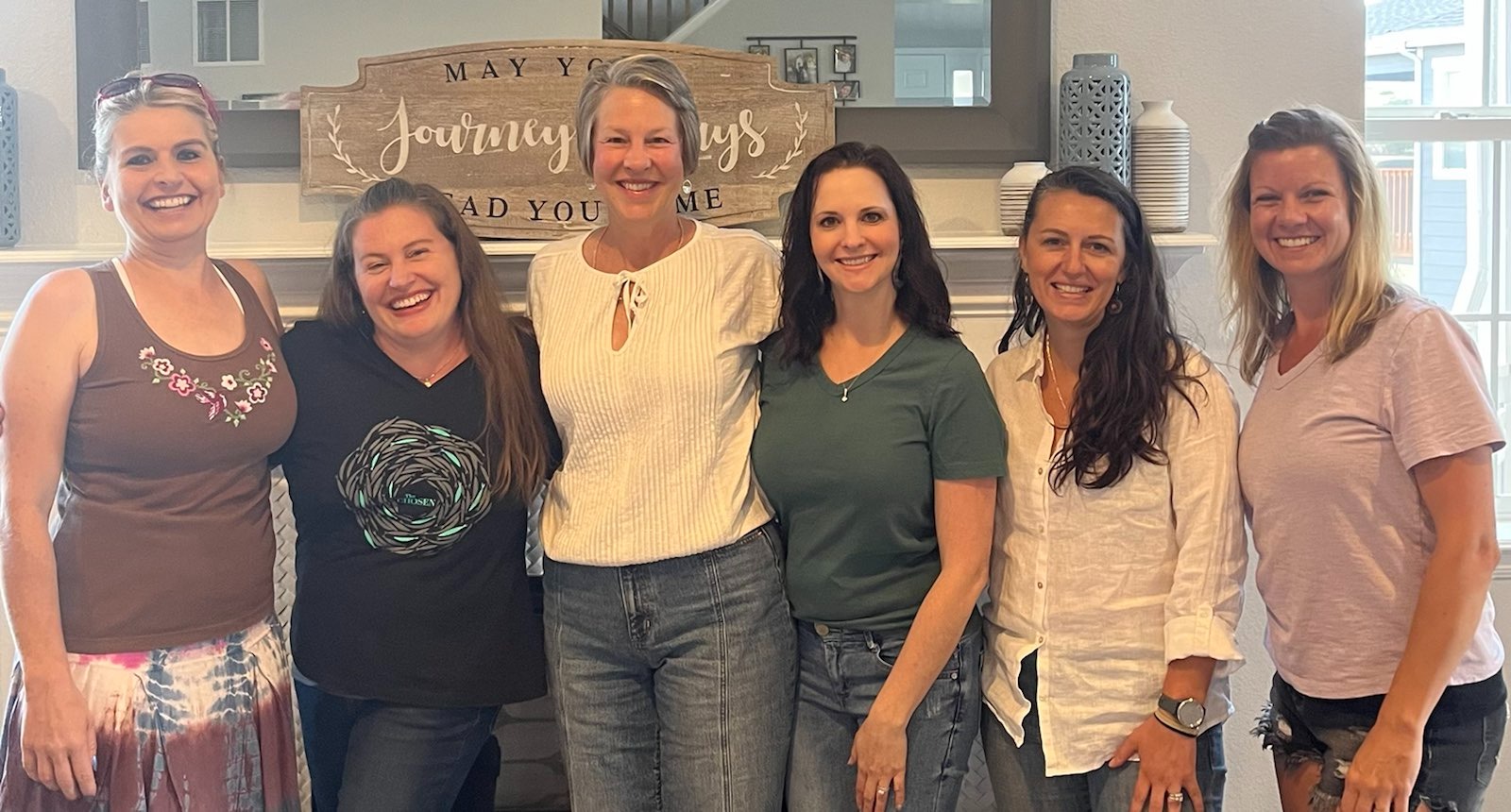 MAC is delighted to announce a strategic and collaborative partnership with Andie Galek & Holly Calvert. As we advance toward mid term elections, we MUST reclaim the Colorado Senate! We need all hands on deck between now and November. Andie & Holly will be heading up our joint efforts to door knock, liaise with candidates, obtain medical (health) freedom statements from candidates and facilitate any appropriate protests. Stay tuned and get ready to fight for your children and grandchildren. This election cycle is absolutely critical for Colorado’s future!

Our Board of Freedom Fighters 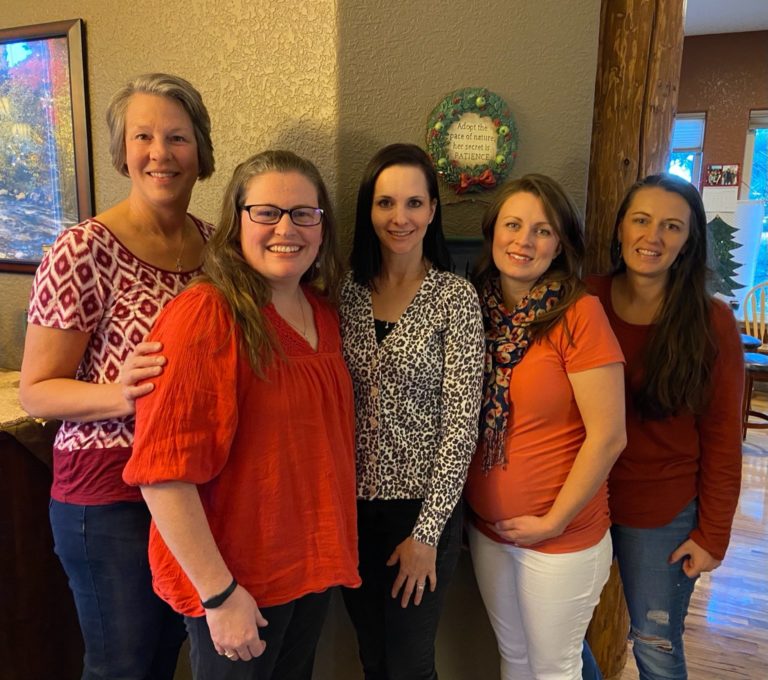 I first began to question the safety of vaccines before I was married, when a family member had a life-altering adverse reaction to a childhood vaccine. When I had my first child in 1998, I was uneasy about having him vaccinated, but we chose to follow our pediatrician’s recommendations and did it anyway. With the arrival of our second child two years later, the uneasiness persisted. I began to research and soon realized that I was not alone in questioning the safety and necessity of vaccines. There was good reason to investigate, and there was a lot of data to support our concerns. When my husband and I decided to stop our daughter’s vaccinations at 12 months, we were told we could no longer stay at our pediatrician’s office. By that point I was happy to walk out their door, as I had felt unheard, condescended to and disrespected. My husband and I went on to have 4 more children-they were never vaccinated and they survived both measles and chickenpox. Since we homeschooled, we never thought much more about the rarity of our choices, and no one really knew about or questioned them. In 2009, we moved to Colorado, continued homeschooling and enjoyed that we had three types of vaccine exemptions. In 2019, my security (and apathy) was shattered when a few state representatives decided that they wanted to impose their will on the citizens of CO through HB19-1312. That was the year that I became an activist! Much of what I had learned about vaccines 20 years before I had forgotten, but with the amazing local and worldwide medical autonomy community around me, I refreshed my research and found the courage to fight for my family.

My medical freedom fight began when I got pregnant for the first time at 38 years old. I had already been looking into many alternative types of health choices instead of allopathic medicine. I had a successful home birth and my midwife was amazing about posing open questions without making specific suggestions especially related to vaccines. As a result I decided not to vaccinate at all. It was the result of a lot of research and a lot of pushing against the norm. On my birthday in 2019 when 1312 was put forward there was a meeting that happened to be at my local library only 5 minutes from my house. I decided to go and it was at that point that I met Colene (who started the SoCo group of CHCA), Margaret, Tanja and Matt (who have all been or are part of Mac leadership at one point or another). Nine months later after those relationships grew into dear friendships; I decided to roll up my sleeves and really get involved as we launched MAC. I am very passionate about the freedom to choose although I would never advocate anyone injecting liability free poison.

Before having children I never gave a second thought to vaccines. I absent mindedly bought the narrative that “vaccines save lives and have eradicated diseases.” Why wouldn’t I vaccinate? However, when I became pregnant with my first child, I did what every good, conscientious mom does and researched every possible decision I would have to make regarding my pregnancy and my child’s well-being. My first moment of cognitive dissonance with vaccines came when I realized that my days old baby would be routinely vaccinated against Hepatitis B, which he had no risk of contracting. I wish I could say that I completely said no to vaccines from that moment on. But I was afraid and uncertain. I decided to embark on a delayed and selective schedule. Over the course of the next four years, we added two more babies to our family and I continued to educate myself about vaccines. When my youngest was one, I permanently said “NO,” to any more vaccines. I became politically involved with health freedom advocacy in 2019 with the introduction of 1312 and officially with MAC in 2020. I am committed to educating and fighting for our freedom to oversee what is done with our health. If we lose that basic freedom over our bodies, all other freedoms are nothing but an illusion.

Growing up with a curious mom who was always willing to try new things for our family, especially for our health, I was raised with an understanding that nothing is one-size-fits-all. When I was pregnant with my first this understanding was challenged in many new ways. Thankfully my husband agreed, and we spent time researching and learning as much as we could. As we asked questions and researched, the idea that there is no such thing as one-size-fits-all was solidified. From pregnancy, labor and delivery, medical care, and diet everyone has unique individual needs and vaccines are no exception. Now, as a mother of 4, I am confident in advocating for CHOICE in my family’s individual health and medical needs. I believe in asking questions, especially when we are “supposed to” ask. I believe in pushing back and getting a second opinion. I believe in medical/ health freedom for my family and for yours.

Hi, I’m Carmen! Wife of Jamie, who works in cyber security, and boy-mom of homeschooled Milo (11) and Caiden (6). My health and wellness journey began when confronted with 7 years of infertility after which I began to question the ability of the American medical system to actually be able to facilitate true healing. After healing and becoming pregnant, I was asked my thoughts on vaccinations. The thought to question them had never occurred to me. But knowing that family members had experienced both direct and indirect injuries from vaccination, I was hesitant to proceed. My pediatrician at the time was completely comfortable with the idea of delaying vaccinations as long as I knew the risks. And thus began the rabbit hole of research into the potential dangers of vaccination. The more I read, the more I knew this was not the route for our family and the fact that there were safer alternatives solidified my decision.

2019 found our family in Colorado with new friends, new practitioners and unfortunately, a state government trying to control citizens’ rights to basic bodily autonomy. At this point, I was pulled into the struggle to maintain basic natural freedoms which should be enjoyed by all.

Stay in the know with free updates.